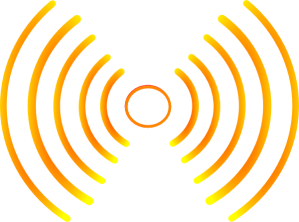 Somebody asked me a few days ago why I write so much about 5G. My response is that I am intrigued by the 5G hype. The major players in the industry have been devoting big dollars to promote a technology that is still mostly vaporware. The most interesting thing about 5G is how politicians, regulators and the public have bought into the hype. I’ve never seen anything like it. I can remember other times when the world was abuzz over a new technology, but this was usually a reaction to an actual technology you could buy like the first laptop computers, the first iPhone and the first iPod.

Anybody that understands our industry knew that it will take a number of years to roll out any major new technology, particularly a wireless technology since wireless behaves differently in the field compared to the lab. We’re only a year past the release of 5G standards, and it’s unrealistic to think those standards could be translated into operation hardware and software systems in such a short time. You only have to look back at the history of 4G, which started as slowly as 5G and which finally had the first fully-compliant 4G cell site late last year.  It’s going to take just as long until we see a fully functional 5G cell site. What we will see, over time, is the incremental introduction of some of the aspects of 5G as they get translated from lab to the field. That rollout is further complicated for cellular use by the timeline needed to get 5G-ready handsets into peoples’ hands.

This blog was prompted by a Verizon announcement that 5G mobile services will be coming to 30 cities later this year. Of course, the announcement was short on details, because those details would probably be embarrassing for Verizon. I would expect that the company will introduce a tiny few aspects of 5G into the cell sites in business districts of major cities and claim that as a 5G roll-out.

What does that a roll-out this year mean for cellular customers? There are not yet any 5G capable cellphones. Both AT&T and Verizon have been working with Samsung to introduce a 5G version of their S10 phone later this year. Verizon has also been reported to be working with Lenovo for a 5G modular upgrade later this year. I’m guessing these phones are going to come with a premium price tag for the early adaptors willing to pay for 5G bragging rights. These phones will only work as 5G from the handful of cell sites with 5G gear – and that will only be for a tiny subset of the 5G specifications. I remember when one of my friends bought one of the first 4G phones and crowed about how it worked in downtown DC. At the time I told him his great performance was because he was probably the only guy using 4G – and sure enough, his performance dropped as others joined the new technology.

On the same day that I saw this Verizon announcement I also saw a prediction by Cisco that only 3% of cellular connections will occur over a 5G network by the end of 2022. This might be the best thing I’ve seen that pops the 5G hype. Even for folks buying the early 5G phones, there will be a dearth of cell sites around the country that will work with 5G for a number of years. Anybody who understands the lifecycle of cellular upgrades agrees with the Cisco timeline. It takes years to work through the cycle of upgrading cell sites, upgrading handsets and then getting those handsets to the public.

The same is true for the other technologies that are also being called 5G. Verizon made a huge splash just a few months ago about introducing 5G broadband using millimeter wave spectrum in four cities. Even at the time of that announcement, it was clear that those radios were not using the 5G standard, and Verizon quietly announced recently that they were ceasing those deployments while they wait for actual 5G technology. Those deployments were actually a beta test of millimeter wave radios, not the start of a rapid nationwide deployment of 5G broadband from poles.

AT&T had an even more ludicrous announcement at the end of 2018 where they announced 5G broadband that involved deployment of WiFi hotspots that were supposedly fed by 5G. However, this was a true phantom product for which they had no pricing and that nobody could order. And since no AT&T cell sites have been upgraded to 5G, one had to wonder how this involved any 5G technology. It’s clear this was technology roll-out by press release only so that they could have the bragging rights of saying they were the first ones to have 5G.

The final announcement I saw on that same day was one by T-Mobile saying they would begin deploying early 5G in cell sites in 2020. But the real news is that they aren’t planning on charging any more for any extra 5G speeds or features.

I come back to my original question about why I write about 5G so often. A lot of my clients ask me if they should be worried about 5G and I don’t have an answer for them. I can see that actual 5G technology is going to take a lot longer to come to market than the big carriers would have you believe. But I look at T-Mobile’s announcement on price and I also have to wonder what the cellular companies will really do once 5G works. Will AT&T and Verizon both spend billions to put 5G small cells in residential neighborhoods if it doesn’t drive any new cellular revenues? I have to admit that I’m skeptical – we’re going to have to wait to see what the carriers do rather than listen to what they say.

3 thoughts on “The Slow Deployment of 5G”