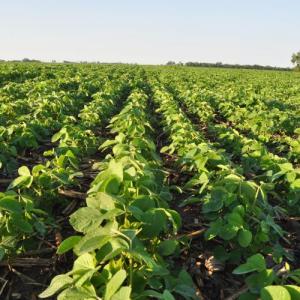 FCC Chairman Ajit Pai recently told the crowd at CES that 5G would be a huge benefit to rural America and would help to close the rural broadband divide. I have to imagine he’s saying this to keep rural legislators on board to support that FCC’s emphasis on promoting 5G. I’ve thought hard about the topic and I have a hard time seeing how 5G will make much difference in rural America – particularly with broadband.

There is more than one use of 5G, and I’ve thought through each one of them. Let me start with 5G cellular service. The major benefits of 5G cellular are that a cell site will be able to handle up to 100,000 simultaneous connection per cell site. 5G also promises slightly faster cellular data speeds. The specification calls for speeds up to 100 Mbps with the normal cellular frequencies – which happens to also have been the specification for 4G, although it was never realized.

I can’t picture a scenario where a rural cell site might need 100,000 simultaneous connections within a circle of a few miles. There aren’t many urban places that need that many connections today other than stadiums and other crowded locations where a lot of people want connectivity at the same time. I’ve heard farm sensors mentioned as a reason for needing 5G, but I don’t buy it. The normal crop sensor might dribble out tiny amounts of data a few times per day. These sensors cost close to $1,000 today, but even if they somehow get reduced to a cost of pennies it’s hard to imagine a situation where any given rural cell site is going to need to more capacity than is available with 4G.

There has also been talk of lower frequencies benefitting rural America, and there is some validity to that. For example, T-Mobile’s 600 MHz frequency travels farther and penetrates obstacles better than higher frequencies. Using this frequency might extend good cellular data coverage as much as an extra mile and might support voice for several additional miles from a cell site. However, low frequencies don’t require 5G to operate. There is nothing stopping these carriers from introducing low frequencies with 4G (and in fact, that’s what they have done in the first-generation cellphones capable of using the lower frequencies). The cellular carriers are loudly claiming that their introduction of new frequencies is the same thing as 5G – it’s not.

5G can also be used to provide faster data using millimeter wave spectrum. The big carriers are all deploying 5G hot spots with millimeter wave technology in dense urban centers. This technology broadcasts super-fast broadband for up to 1,000 feet.  The spectrum is also super-squirrely in that it doesn’t pass through anything, even a pane of glass. Try as I might, I can’t find a profitable application for this technology in suburbs, let alone rural places. If a farmer wants fast broadband in the barnyard I suspect we’re only a few years away from people being able to buy a 5G/WiFi 6 hot spot that could satisfy this purpose without paying a monthly fee to a cellular company.

Finally, 5G can be used to provide gigabit wireless loops from a fiber network. This is the technology trialed by Verizon in a few cities like Sacramento. In that trial, speeds were about 300 Mbps, but there are no reason speeds can’t climb to a gigabit. For this technology to work there has to be a transmitter on fiber within 1,000 feet of a customer. It seems unlikely to me that somebody spending the money to get fiber close to farms would use electronics for the last few hundred feet instead of a fiber drop. The electronics are always going to have problems and require truck rolls, and the electronics will likely have to be replaced at least once per decade. The small telcos and electric coops I know would scoff at the idea of adding another set of electronics into a rural fiber network.

I expect some of the 5G benefits to find uses in larger county seats – but those towns have the same characteristics as suburbia. It’s hard to think that rural America outside of county seats will ever need 5G.

I’m at a total loss of why Chairman Pai and many politicians keep extolling the virtues of rural 5G. I have no doubt that rural cell sites will be updated to 5G over time, but the carriers will be in no hurry to do so. It’s hard to find situations in rural America that demand a 5G solution that can’t be done with 4G – and it’s even harder to justify the cost of 5G upgrades that benefit only a few customers. I can’t find a business case, or even an engineering case for pushing 5G into rural America. I most definitely can’t foresee a 5G application that will solve the rural broadband divide.

4 thoughts on “5G and Rural America”