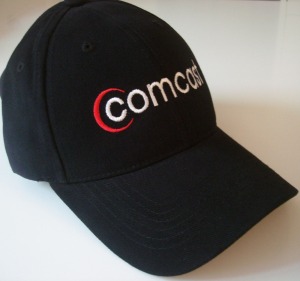 Last week I had a blog that asked why the FCC is seemingly supporting data caps by allowing caps on broadband built with federal grant money. The FCC has established grants that place premium value on fast broadband speeds and low latency but that ignores one of the most important aspects of broadband today – usability.

A broadband connection that doesn’t let homes partake in the same online world as the rest of America is inferior broadband – and there is no better example of an unusable data plan than one a low data cap. The FCC’s RDOF rules support monthly data caps of 250 gigabytes for plans offering 25/3 or 50/5 Mbps. The FCC is clearly saying to rural America – we’ll give grant money to ISPs to bring you better broadband, but we’re going to let the ISPs cripple that broadband so that they can bill you an extra $50 or $100 per month if you want to use that broadband like everybody else in the country.

Recall that ISPs that win the RDOF grants have six years to build the new networks. How will a 250 GB data caps look by the time these networks are built? OpenVault says that the average home used 274 GB per month in 2018 – already higher than the FCC’s proposed data cap. By the end of 2019 average usage had grown to 344 GB for the average home and exploded to 402 GB by March due to people and students working from home during the pandemic. Trending household usage forward until 2026 would suggest that the average home will be using more than a terabyte of data each month by then. That’s not a big stretch since more than 10% of homes are already using a terabyte or more of data today.

The FCC is not the only one to point a finger at. There are plenty of state broadband programs that have awarded grants to ISPs that have data caps. This has happened because policymakers have not viewed data caps as providing inferior broadband. This is easy to understand since just a few years the vast majority of homes used a lot less broadband than the data caps. You might recall in 2015 when there was big public pushback when Comcast tried to introduce a 300 GB data cap. At that time, Comcast said that only a tiny number of customers used more data than 300 GB per month – but in five short years, the national average data usage is significantly higher than the cap Comcast wanted to impose in 2019.

We need a new policy at the state and federal level that says that ISPs with data caps are not welcome to broadband grant funding. Not only should they not be able to impose data caps on grant-funded networks – an ISP that has routine data caps for others should be prohibited from participating in any grant funding anywhere.

There are still ISPs that say that data caps help to protect the integrity of their network. This argument went out the door when most ISPs stopped billing for data caps during the pandemic – the one time when protecting the network would have been important.

It’s always been clear that data caps are mostly about greed. There is no better example of this than the AT&T rural hotspot that has a data cap that allows for as much as an extra $200 in monthly fees to a subscriber. It’s outrageous that the FCC gave grant money last year to Viasat which has tiny monthly data caps. The whole proposed 5G Fund is outrageous if billions of federal money will allow the cellular carriers to sell more rural hotspots with tiny data caps and huge monthly fees.

It’s time for broadband policymakers at all levels to categorically say no to data caps. Shame on the FCC for allowing data caps into the discussion of the RDOF grant. But also shame on Congress for not issuing a new telecom bill to stop all of this nonsense. And shame on any state policymaker or regulator who has allowed state resources to be used to support broadband with data caps. It’s time to say no.