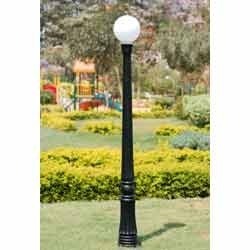 I was talking to one of my clients about 5G. This particular client is a fiber-overbuilder and they verified something I’ve suspected – they don’t plan to ever make any of their fiber available for a 5G provider wanting to deploy 5G small cell sites. They reason that 5G point-to-point radios, like Verizon is now launching, would compete directly with their retail broadband products and they can’t think of a scenario where they would assist a competitor to poach their own retail customers.

This is a break with the past because this client today provides fiber to a number of the big cellular towers and hopes to continue those sales. These are good revenue and help to offset the cost of building fiber to the towers. This leads me to ask the title question of this blog – where are the 5G providers going to find the needed fiber? A lot of the rosy predictions I’ve read for widespread 5G deployment assume that 5G providers will be able to take advantage of the fiber that’s already been deployed by others, and I’m not so sure that’s true.

I have no doubt that big backhaul fiber providers like Level 3 or Zayo will sell 5G connectivity where they have the capacity. However, much of their fiber network is not strategically located for 5G. First, 5G networks are going to need to get to numerous poles, and that requires fiber with existing access point. Much of the fiber built by companies like Level 3 was built to get to specific buildings or big cellular towers that anticipate the need for other access points. These fiber companies are also leery about tapping into fibers feed their largest customers, who often pay extra for guaranteed service. A lot of their fiber is underground and not easy to get to the needed pole connections.

Of more relevance is that these carriers are not going to own a lot of fiber that goes deep into neighborhoods where the 5G providers want to deploy. Most of the fiber built deep into residential neighborhoods has been built by fiber-to-the-premise overbuilders or cable companies. These companies use their fiber to sell retail broadband to residents and businesses. Fiber overbuilders, from Google Fiber down to the smallest municipal fiber network are not likely to sell fiber to the pole in neighborhoods where they are already a retail ISP.

The cable companies are not going to make their fiber available for 5G – they’ve made it clear that their future path lies in the DOCSIS 3.1 upgrades, including upgrading beyond gigabit speeds as needed. All of the major cable companies have said that have the ultimate end-game of fiber-to-the-premise. They’ve all cited 5G as one of the reasons they are increasing speeds and are not likely to sell access to a major competitor.

AT&T is the only other carriers with an extensive fiber network that goes deep into many neighborhoods. However, AT&T has been building FTTP connections in neighborhoods where they have fiber. For now, they don’t intend to mimic Verizon and are going to stick with FTTP rather than 5G. It would be tactically smart for AT&T to refuse to sell 5G connections to others. But AT&T is the hardest company in the industry to predict because they wear so many hats, and their retail fiber ISP business is in a different business silo than their wholesale fiber connection business – so who knows what they will do.

I don’t see a glut of existing fiber sitting waiting to sell to 5G providers. That seems to be the major hurdle for the rapid 5G deployment that the FCC, the White House and the cellular carriers have all been loudly touting. How many 5G companies are going to want to make the gigantic needed investment in fiber to get deep into neighborhoods?

I think the folks in Washington DC have gotten a false sense of the potential for 5G by seeing what Verizon is doing. But Verizon is taking advantage of the many billions of dollars of fiber they have already built over the years, and their 5G network is going to follow that fiber footprint. There are not many other companies with a glut of fiber that can be leveraged it in the same manner as Verizon.

Verizon has already announced that they will be passing roughly 11 million homes with fiber. They can be that specific because they know what’s close to their existing fiber. I doubt that they are going to expand anywhere else, just like they didn’t expand FiOS where the construction costs weren’t low. If Verizon can’t afford to deploy 5G where they don’t already have fiber, then how can anybody else justify it? Deploying 5G is like deploying any new network – it is only going to make financial sense where deployment costs are reasonable – and for now that means where there is already easy access to fiber. I think the opportunities for rapid 5G deployment are a lot less than what policy-makers think.

2 thoughts on “Where Will 5G Find Fiber?”