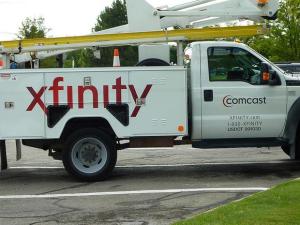 It’s that time of the year when the large cable companies all raise their rates. In a time with increasing programming costs every cable provider needs to raise rates annually. I know that a lot of small cable providers are loath to raise rates, but if you have to do it then it’s worthwhile to look first at what the big companies are doing. Following is a summary of the rate increases that have been announced so far this year:

Comcast as usual looks to have one of the largest rate increases. They announced an overall increase of 4%, but the details seem to show something larger. The company is raising the rate on double-play packages by $3 to $4 per month. They are also raising the ‘broadcast TV fee’ from $3 to $5. This is a fee that really ought to be included in cable rates which they have broken out as a separate charge to supposedly cover the cost of paying for local network retransmission fees. That makes their overall increases to be between $5 and $6, which is hard to reconcile with the 4% increase statement. But perhaps some of the increase is being counted as broadband increases. It’s really hard to know how these big companies think about the components of their bundles, and all that really matters to customers is how much their bill goes up.

Comcast did cut the cost of HBO from $21.95 to $15 to match the price for HBO’s direct online product. This is an interesting cut that some other large companies are matching. Perhaps this was one of HBO’s reasons for putting their network directly online. You would think that lower prices at the cable companies ought to increase HBO customers.

Time Warner Cable looks to also have a sizable rate increase. They raised the prices of cable packages between $2 and $4 per month. They also increased their broadcast TV fee by $1. Time Warner has broken out a sports programming fee as a separate billing item – something that also ought to be included in the cable prices – and raised this rate by $2.25 per month, up to $5. There are also small increases on settop boxes.

Cablevision says their average increase will be $3 per customer. That includes a $0.85 increase in the settop box rental fee. Their sports surcharge is going up $1 to $5.98.

AT&T is increasing the cost of all bundles by $2 per month. Several Spanish packages are going up between $3 and $4. The company increased its ‘broadcast surcharge’ by $1. While not TV, the company is increasing its voice product that includes 250 long-distance minutes by $2 to $27. I haven’t seen an increase in voice prices for a while. I also find it interesting that the company with the largest voice network is charging more for a package with 250 long distance minutes than most companies charge for unlimited LD.

DirecTV increased rates across the board. Their lowest tiers are increasing by $2 per month. Their ‘Choice’ and ‘Xtra’ bundles will go up by $4 and their largest package will increase by $8. They are also increasing the broadcast TV fee by $0.50, up to $6.50.

Charter hasn’t announced any rate increases and may not do so until the expected merger with Time Warner Cable.

Verizon also hasn’t announced increases yet for its FiOS TV products, although increases are expected.