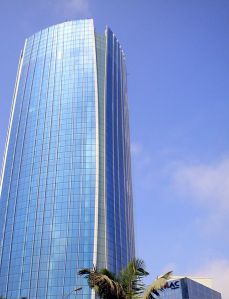 As I do from time to time I highlight some of the more interesting technologies that I run across in my reading. A few of these might have a big impact on our industry.

First is news that IBM has developed a new storage method that would be a giant leap forward in storage density. The technology is being called racetrack memory. It works by lining up tiny magnets one atomic layer deep on sheets. The atoms can be moved upward and downward in charge in a ‘highly coherent manner’ by the application of a simple current.

That in itself is interesting, but when these layers are laid atop one another in sheets there is a multiplicative effect in the amount of storage available in a given space. IBM has already built a small flash device using the technology with 15 layers and it increased the storage capacity of the flash drive by a factor of 100.

The small size also means a much faster read/write time and reduced power requirements. One of the biggest advantages of the technology is that there are no moving parts. This makes the technology infinitely rewritable, which means it ought to never wear out. IBM believes that this can be manufactured affordably and that this will become the new storage standard. As they put together even more layers than the original 15 in the prototype they will get an even bigger multiplier of storage capacity compared to any of today’s storage technologies. Expect within a few years to be seeing multiple terabyte flash drives and cell phones.

The next new technology comes from a research team at the University of Washington. They call the new technology WiFi Backscatter and they will be formally publishing the paper on the research later this month. The promise of the technology is to create the ability to communicate with small sensors that won’t need to be powered in any other way.

WiFi Backscatter can communicate with battery-free RF devices by either reflecting or not reflecting a WiFi signal between a router and some other device like a laptop. The interruption in the reflections can be read as a binary code of off and on signals giving the RF device a way to communicate with the world without power. The team has not only detailed how this will work, but they have built a prototype that involves a tiny antenna and circuitry that can be connected to a wide range of electronic devices. This first generation antenna array draws a small amount of power from the electronic device, but the team believes that this ought to work with battery-free sensors and other IoT devices. This technique could be the first technology to enable multiple tiny IoT sensors scattered throughout our environment.

Finally, scientists at Michigan State have developed a ‘transparent luminescent solar concentrator’ that can generate electricity from any clear surface such as a window or a cellphone screen. The device works by absorbing the invisible spectrum in the ultraviolet and infrared spectrums and then re-emitting in a concentrated infrared frequency that then triggers tiny photovoltaic cells embedded around the edges of the clear surface.

The goal of the team is to make the technology more efficient. The current prototype is only about 1% efficient in converting light into electricity, but they believe they can get this up to about 5% efficiency. To compare that number, there are various non-transparent solar concentrators today that are about 7% efficient.

The big advantage of this technology is the transparency. Imagine a self-powering cellphone or a high-rise glass building that generates a lot of its power from the windows. This technology will allow putting solar generation in places that were never before contemplated. In a blog from last month I noted a new solar technology that could be painted onto any surface. It looks like we are headed for a time when any portion of a building can be generating electricity locally including the roof, the walls and the windows.