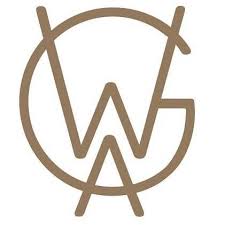 The Western Governor’s Association (WGA) represents all of the states west of the line starting with Texas north to North Dakota, includes Alaska, Hawaii, and the western American territories. The association has been jointly exploring issues of joint interest for the region in many years. In July, the WGA issued a policy position paper that lays forth goals for broadband for 2020 through 2028. This is one of the more concise descriptions I’ve seen of the problems due to poor broadband as well as a concise of a list of needed broadband solutions.

The policy paper begins with the simple statement that broadband is critical infrastructure. I don’t know that I’ve ever seen the term ‘critical’ used at the FCC, which doesn’t share the same sense of urgency as the western governors.

The West has a lot of characteristics that make it difficult to find broadband solutions. Communities are often far apart and there are often few opportunities to monetize middle-mile fiber needed to connect communities. The West also has significantly large tracts of federal land that presents a challenge for building broadband infrastructure. Federal agencies like the US Forest Service, Bureau of Land Management, and Bureau of Indian Affairs play a crucial role in allowing (or hindering) the siting of broadband infrastructure. The governors ask for a more coordinated effort from these agencies to remove roadblocks for broadband deployment.

The WGA position paper tackles the inadequacy of the FCC’s 477 data gathering. They note that errors in this mapping are particularly egregious in sparsely populated rural areas where the FCC gathers the maximum advertised speeds instead of actual broadband speeds, which greatly overstates the availability of broadband throughout the West. The WGA supports Congressional funding to produce better data collection.

The WGA complains that there is a maze of broadband grants and financial assistance available from numerous federal agencies but that local communities are rarely able to sort through the opportunities and grants often go unclaimed. The governors support better coordination between federal agencies and states to identify grant opportunities.

The governors strongly support the use of more spectrum for rural broadband.

The governors support an expansion of the eligibility of telephone and electric cooperatives to build new broadband since these are entities that are tackling a lot of western broadband gaps.

The governors ask for better coordination of efforts to help find broadband efforts for tribal lands, which still are far behind the rest of the West in broadband availability and adoption.

The governors ask the federal government to provide more aid in the form of block grants. They say that states know better on how to solve local broadband problems than do federal agencies.

It’s an interesting document in that it is factual and completely non-partisan. As I’ve been contending for many years, broadband is not and should never be a partisan issue. The document reflects the ability of western governors from both parties able to reach an agreement on what’s needed for the region.