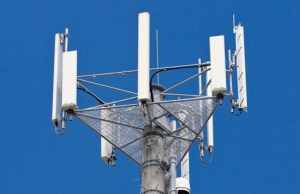 Lately I’ve looked at a lot of what I call a hybrid network model for bringing broadband to rural America. The network involves building a fiber backbone to support wireless towers while also deploying fiber to any pockets of homes big enough to justify the outlay. It’s a hybrid between point-to-multipoint wireless and fiber-to-the home.

I’ve never yet seen a business model that shows a feasible model for building rural FTTP without some kind of subsidy. There are multiple small telcos building fiber to farms using some subsidy funding from the A-CAM portion of the Universal Service Fund. And there are state broadband grant programs that are helping to build rural fiber. But otherwise it’s hard to justify building fiber in places where the cost per passing is $10,000 per household or higher.

The wireless technology I’m referring is a point-to-multipoint wireless network using a combination of frequencies including WiFi and 3.65 GHz. The network consists of placing transmitters on towers and beaming signals to dishes at a customer location. In areas without massive vegetation or other impediments this technology can now reliably deliver 25 Mbps download for 6 miles and higher bandwidth closer to the tower.

A hybrid model makes a huge difference in financial performance. I’ve now seen an engineering comparison of the costs of all-fiber and a hybrid network in half a dozen counties and the costs for building a hybrid network are in the range of 20% – 25% of the cost of building fiber to everybody. That cost reductions can result in a business model with a healthy return that creates significant positive cash over time.

There are numerous rural WISPs that are building wireless networks using wireless backhaul rather than fiber to get bandwidth to the towers. That solution might work at first, although I often see new wireless networks of this sort that can’t deliver the 25 Mbps bandwidth to every customer due to backhaul restraints.  It’s guaranteed that the bandwidth demands from customers on any broadband network will eventually grow to be larger than the size of the backbone feeding the network. Generally, over a few years a network using wireless backhaul will bog down at the busy hour while a fiber network can keep up with customer bandwidth demand.

One key component of the hybrid network is to bring fiber directly to customers that live close to the fiber. This means bringing fiber to any small towns or even small pockets of 20 or more homes that are close together. It also means giving fiber to farms and rural customers that happen to live along the fiber routes. Serving some homes with fiber helps to hold down customer density on the wireless portion of the network – which improves wireless performance. Depending on the layout of a rural county, a hybrid model might bring fiber to as much as 1/3 of the households in a county while serving the rest with wireless.

Another benefit of the hybrid model is that it moves fiber deeper into rural areas. This can provide the basis for building more fiber in the future or else upgrading wireless technologies over time for rural customers.

A side benefit of this business plan is that it often involves build a few new towers. Areas that need towers typically already have poor, or nonexistent cellular cover. The new towers can make it easier for the cellular companies to fill in their footprint and get better cellular service to everybody.

Unfortunately, this business plan won’t work everywhere, due to the limitations of wireless technology. It’s much harder to deploy a wireless network of this type in an area with heavy woods or lots of hills. This is a business plan for the open plains of the Midwest and West, and anywhere else with large areas of open farmland.

County governments often ask me how they can get broadband to everybody in their county. In areas where the wireless technology will work, a hybrid model seems like the most promising solution.

6 thoughts on “A Hybrid Model for Rural America”