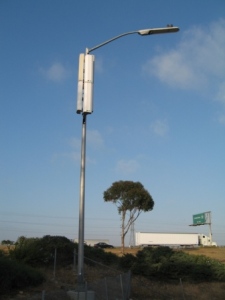 Frontier announced the other day that it was interested in selling off much of the Verizon FiOS networks it had recently acquired in 2016. Apparently, the company is over-leveraged and needs the cash to make a healthier balance sheet. But regardless of the reason, that puts a sizable pile of last mile fiber networks onto the market.

I read a summary of a report by Cowan Equity Research that suggests that there is increasing value for fiber networks now based upon the potential for selling wholesale connections to 5G providers. As I think about this, though, I’m betting that a lot of fiber network owners will be extremely leery about allowing 5G providers onto their networks.

Without looking at the Frontier specifics, consider an existing last mile fiber network that already passes all, or nearly all of the homes and businesses in a community. Every fiber business plan I’ve ever created shows that any last mile fiber network requires a substantial customer penetration in order to be financially viable. The smaller the footprint of the network, the higher the needed customer penetration rate.

Consider how a 5G provider would gain access to an existing fiber network. They’d want to gain access for each 5G transmitter and would pay some fee per unit, or else a fee to lease the whole network. That fee would have to be low enough for the 5G provider to make a profit when selling broadband. I’m guessing that the Cowan group assumes this will provide an attractive second revenue stream for an existing fiber network.

That assumption ignores the fact that the 5G company will be competing directly against the fiber owner for retail broadband customers. It’s not hard for me to envision a scenario where the fiber network owner will lose margin by this transaction. They will be trading high margin retail customers for low-margin 5G wholesale connections.

I saw one market analyst that guessed that a Verizon 5G gigabit offering would capture 30% of the customers in a market. The only way for that to happen would be for the 5G provider to take a big chunk out of the customer base of both the incumbents in the market as well as the fiber owner.

There are markets where selling wholesale 5G might be a good business plan. For example, I’ve seen speculation that Google Fiber and other large overbuilders hope to achieve a 30% market share in large NFL-sized cities. I could foresee a scenario where Google Fiber might increase profits by offering both retail broadband and wholesale 5G connections.

But in smaller markets this could be a disaster. If the fiber network is in a smaller town of 50,000 people, the existing fiber network might need a 45% or 50% customer penetration to be profitable. It’s not hard imagining a 5G scenario that could drive the network owner out of business through loss of higher-margin retail customers. I can’t see why owners of fiber networks in smaller markets would allow a direct competitor onto their network. While the new source of 5G revenue sounds enticing, the losses from retail margins could more than offset any possible gains from the wholesale 5G revenues.

The Frontier example offers yet another possibility. Verizon is famous for cherry-picking with its fiber networks. They will build to one street and not to the one next door. They will build to one apartment or subdivision but not the one next door. Verizon seems to have stayed very disciplined and built only to those places where the cost of construction met their construction cost criterion. I could foresee somebody owning a cherry-picking network to leverage it to get to the homes that are not directly on the fiber routes. We still don’t yet understand the factors that will determine who can or cannot be served from a 5G network, but assuming that such a network will extend the effective reach of fiber this seems like a possible business plan.

But there are fiber networks owned by telcos, municipalities and fiber overbuilders that might look at the math and decide that having a 5G provider on their network is a bad financial idea. I have a difficult time thinking that cable companies will allow 5G competitors access to fiber that’s deep in residential neighborhoods. My gut tells me that while Wall Street foresees an opportunity, this is going to be a lot harder sell to fiber owners than they imagine.

One thought on “Selling Wholesale 5G”