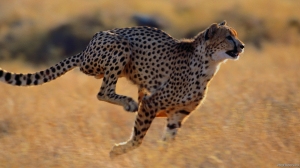 PC Magazine has been rating ISPs in terms of speed for a number of years. They develop their rankings based upon speed tests taken at their own speed test site. They had about 124,000 speed tests taken that led to this year’s rankings. The scoring for each ISP is a composite number based 80% on the download speed and 20% of upload speeds. To be included in the rankings an ISP needed to have 100 customers or more take the speed test.

You always have to take these kinds of rankings with a grain of salt for several reasons. For example speeds don’t only measure the ISP but also the customer. The time of day can affect the speed test, but probably the type of connection affects it the greatest. We know these days that a lot of people are using out-of-date or poorly located WiFi routers that affect the speeds at their computer.

Measured speeds vary between the different speed tests. In writing this blog I took four different speed tests just to see how they compare. I took the one at the PC Magazine site and it showed my speeds at 27.5 Mbps down / 5.8 Mbps up. I then used Ookla which showed 47.9 Mbps down / 5.8 Mbps up. The Speakeasy speed test showed 17.6 Mbps down and 5.8 Mbps up. Finally, I took the test from Charter Spectrum, my ISP, which showed 31.8 Mbps down / 5.9 Mbps up. That’s a pretty startling set of different speeds measured just minutes apart – and which demonstrates why speed test results are not a great measure of actual speeds. I look at these results and I have no idea what speed I actually am receiving. However, with that said, one would hope that any given speed test would probably be somewhat consistent in measuring the difference between ISPs.

The results of the speed test ‘contest’ are done for different categories of ISPs. For years the winner of the annual speed test for the large incumbents has been Verizon FiOS. However, in this year’s test they fell to third in their group. Leading that category now is Hotwire Communications which largely provides broadband to multi-tenant buildings, with a score of 91.3. Second was Suddenlink at 49.1 with Verizon, Comcast and Cox and closely behind. The lowest in the top 10 was Wow! at a score of 26.7.

Another interesting category is the competitive overbuilders and ISPs. This group is led by Google Fiber with a score of 324.5. EPB Communications, the municipal network in Chattanooga, is second at 136.1. Also in the top 10 are companies like Grande Communications, Sonic.net, RCN, and Comporium.

PC Magazine also ranks ISPs by region and it’s interesting to see how the speeds for a company like Comcast varies in different parts of the country.

Results are also ranked by state. I find some of the numbers on this list startling. For instance, Texas tops the list with a score of 100.3. Next is South Dakota at 80.3 and Vermont at 70.6. If anything this goes to show that the rankings are not any kind of actual random sample – it’s impossible to think that this represents the true composite speeds of all of the people living in those states. The results of this contest also differs from results shown by others like Ookla that looks at millions of actual connection speeds at Internet POPs. Consider Texas. Certainly there are fast broadband speeds in Austin due to Google Fiber where all of the competitors have picked up their game. There are rural parts of the state with fiber networks built by telcos and cooperatives. But a lot of the state looks much like anywhere else and there are a lot of people on DSL or using something less than the top speeds from the cable companies.

This test is clearly not a statistically valid sample. And as I showed above with my results from various speed tests the results are not likely even very accurate. But ISPs care about these kinds of tests because it can give them bragging rights if they are near the top of one of the charts. And, regardless of the flaws, one would think the same shortcomings of this particular test are similar across the board, which means it does provide a decent comparison between ISPs. That is further validated by the fact the results of this exercise are pretty consistent from year to year.