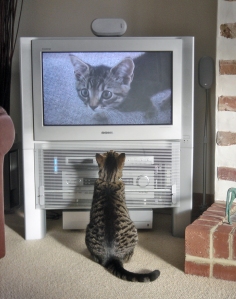 It’s always a good idea for anybody that offers a cable product to keep an eye on what is going on with the programmers. Probably the number one problem for small cable operators is the never-ending increase in the prices paid to buy programming. Here are some of the current trends that are going to impact the cost of buying cable programming over the next few years:

Subscriber Losses Continue. All of the major programmers are losing customers. Probably the most widely discussed is ESPN that has lost 13 million customers since 2011. But it’s happening across the board to all of them to a slightly lesser extent.

The loss of customers puts obvious earnings pressure on the programmers. They are now facing a classic Catch-22 situation. If they try to make up for lost revenues by raising rates even faster they are likely to lose customers even faster. It’s getting to be pretty clear that cable rate increases are the driving force behind a lot of cord-cutting. But probably even more important that cord-cutting is cord-shaving where millions of customers are opting for smaller and less expensive channel line-ups. At this point cord-shaving is costing the programmers more loses than cord-cutting – but we don’t know the numbers since the big cable companies are not releasing statistics on cord-shaving.

Advertising Taking a Hit. We are also seeing a crossover point and late last year we saw more advertising being done on the web than on TV. In this latest quarter we are finally starting to see real declines in TV advertising revenue – a far cry from year-after-year growth in ad revenues for the cable networks. For years programmers were on a trajectory of expecting healthy growth of both subscriber revenues and ad revenues, and both are starting to sink at the same time.

At this point the drop in advertising revenues is tiny, but it’s going to get worse as ad spending continues to shift to online. And the ad dollars are not only dropping for the programmers, but drops in advertising are affecting local ad revenues for television stations and cable companies.

Ad revenues are sinking due the shrinking in ‘eyeballs’ watching cable programming. While cord cutting is shaving the total number of cable subscribers, the more substantial issue is that people are spending more time watching Netflix and other OTT content, at the expense of watching cable shows. This means that the ratings for most TV shows has been plummeting and taking with it the willingness of programmers to pay premium rates for ad slots. There is also a big age shift with younger viewers abandoning traditional cable programming at a much faster rate than older generations.

No Easy Shift to Streaming. A lot of programmers were counting on a shift to direct OTT content to help to reverse the shift in traditional TV viewers. For example, Disney / ESPN just announced that they will be offering online versions of their networks starting in early 2018.

But we also just saw NBC cancel their online offering Seeso. The network carried a significant amount of comedy programming and NBC tried to lure customers to pay $3.99 per month for the service. But they had very few takers and that failure is probably scaring the rest of the industry. Recent surveys by Nielsen and others have shown that viewers care as much about the platform as they do about the content. That means that they are only willing to buy a monthly subscription if they see a value in staying on a given platform. The programmers are all hoping that people will be willing to pay a small fee to watch one or two favorite shows, but that doesn’t seem to be the case. People value a platform like Netflix where they can move from show to show without the hassles of logging in to multiple platforms. This doesn’t bode well each programmer creating individual platforms consisting of the same content they show on traditional cable.

Pressure to Create More Content. There are newcomers like Netflix, Amazon and Apple that are spending billions annually to create new content. This is putting a lot of pressure on traditional cable networks to keep up, adding to their bottom line costs. There is always the reward for those handful of hits that become must-watch shows, but the most new content doesn’t generate enough revenue to cover the production costs.

What Does This Mean? All of these trends predict a poorer future for programmers. I think it means some of the following: