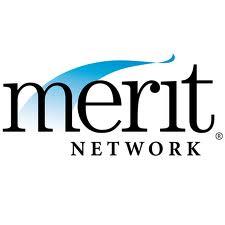 The rural broadband community has a new ally in Merit Network of Michigan. Merit Network is a non-profit network that is governed by Michigan’s public universities. The organizations was founded in 1966 and was an early player that helped to develop some of the practice and protocols still used on the Internet. Their early mission was to seek ways for universities to network together, something that they accomplished by connecting Michigan and Michigan State in 1971. Merit went on to manage NSFNET, a nationwide network sponsored by the National Science Foundation, that was used to connect advance research labs and universities.

Over time, the company also collaborated with the Internet 2 project but also turned its attention to Michigan where it cobbled together a network comprised or owned and leased fibers used to provide bandwidth to K-12 schools around the state.

In the last year, Merit decided to further expand their mission. They now see that the biggest problem in Michigan education is the lack of home broadband for students. 70% of the teachers in Michigan assign computer-based homework, and yet 380,000 homes in Michigan don’t have a broadband connection. They are convinced, like many of us, that this homework gap is creating permanent harm and disadvantaging students without broadband.

The organization recently held their first statewide broadband summit and invited communities, service providers, anchor institutions, and broadband ‘activists’ to attend the summit. I’m pleased to have been invited to be a speaker. The goal of the conference was to describe the homework gap and to talk about real solutions for solving the problem in the state. The summit hoped to bring together stakeholders in rural broadband to form alliances to tackle the problem.

Merit has also taken several extraordinary steps that is going to make them a major player in the national effort to solve the homework gap. They’ve undertaken what they call Michigan Moonshot. This is an intensive effort to map and understand the availability of broadband around the state. The effort is being undertaken in collaboration with M-Lab and the Quello Center of Michigan State University. The concept is to encourage state educators to get students to take a specific speed test and to pair that effort with a program that teaches students about gathering scientific data.

The Moonshot effort is also going to correlate student test scores with broadband availability. This will be done in such a way as to guarantee student anonymity. This has been done before, but not on such a large scale. The project solicited participation from several school districts in Spring 2019 but expects to include many more in the future. The results of the data collection will be analyzed by scientists at Michigan State. The results of Moonshot studies should be of interest to educators and rural broadband proponents all over the country. Preliminary results show that it’s likely that there will be a strong measurable negative impact for students without home broadband. This study will provide peer-reviewed statistical evidence of that impact and should be a useful tool to educate legislators and to goad communities into action to find a broadband solution.

Merit is also nearing completion of a lengthy document they call the Michigan Moonshot Broadband Framework, which they hope will be a living document (meaning that collaborators can make edits) that lays forth a guide for communities that want to find a local broadband solution. This document is a step-by-step roadmap for how a community can tackle the lack of broadband.

It’s always good to have another major player in the national battle to tackle the lack of household broadband. I have high hopes that Merit Network will spur finding broadband solutions for rural and urban students in Michigan. 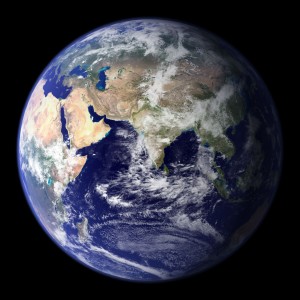 For the second year in a row the coalition M-Lab measured broadband speeds in 200 countries. This coalition includes New America’s Open Technology Institute, Google Open Source Research, Princeton University’s PlanetLab and others, compiled by Cable of the UK. The statistics are based upon over 163 million speed tests. The results are available in a spreadsheet and are worth looking at for those that love numbers.

Because the results use speed tests, the vagaries of those tests must be factored into the results. Hopefully all of the reading use the same speed test, because each speed test on the market uses a different algorithm to calculate speed. For example, the algorithm for speedtest.net operated by Ookla discards the fastest 10% and the slowest 30% of the results obtained. Speed tests are overinflated in many instances when ISPs use a burst technology that provides a faster broadband speed for the first minute or two or any web connection. The results are also lowered due to any network issues at a customer such as an underperforming WiFi network. The bottom line is that any given speed test number must be taken with a grain of salt, but comparing millions of speed test results ought to make a valid relative comparison.

Overall the tests show a worldwide increase in broadband speeds in just one year of 23%. However, to put that in perspective that’s an increase worldwide going only from 7.4 Mbps to 9.1 Mbps. It’s more interesting to look at the results from the countries with the fastest and slowest broadband. The top 25 fastest broadband countries on the list increased speeds by 28.9% while the bottom 25 only increased by 7.4%.

The US moved up one slot, from number 21 to number 20 to this year – increasing average speeds from 25.0 Mbps to 25.9 Mbps. This is a substantial increase that I think can be attributed to three factors. The most significant is probably that several large cable companies have unilaterally increased base speeds due to the introduction of DOCSIS 3.1. Average speeds also continue to climb as several million customers per year migrate from DSL to cable modems. Finally, we are slowly building fiber to residences and probably added a few million fiber passings last year.

The worldwide broadband leader is Singapore with an average speed of 60.4 Mbps. They are followed by Sweden, Denmark, Norway, Romania, Belgium and the Netherlands. Romania is interesting because they rose 13 places with a jump in speed from 21.3 Mbps to 38.6 Mbps – they obviously have been implementing a lot of fiber. The biggest drop on the chart is Hong Kong that fell 10 places on the list as their broadband speeds dropped slightly from 27.2 Mbps to 26.5 Mbps. It wasn’t too many years ago when Hong Kong was way ahead of the US, but that gap has completely closed.

One of the more important things this research shows is that good broadband can be found in North America, most of Europe and some of southeast Asia. Broadband speeds everywhere else are far behind. The gap between the haves and have-nots is growing. The increase in average speeds for the top 100 countries on the list was 5.4 Mbps in one year while the increase for the bottom countries was only 0.4 Mbps.

It’s also worth remembering that speeds differ within each country. In this country we still have millions of rural homes that have no Internet access or access at third world speeds. The same is likely true around the world with better broadband in urban areas compared to rural areas. It’s also worth remembering that only about 4.1 billion people, or 54% of the population of the world have access to broadband.

These kinds of statistics are useful because they probably act as a goad to governments that are far down the list to find ways to improve broadband. We know that good Internet brings a huge number of economic and other advantages, and countries with good broadband are implementing new technologies that aren’t going to be available in countries with slow broadband networks.

There is hope for those areas with little or now broadband. Several groups are proposing satellites that can bring broadband everywhere. Endeavors like Google’s Loon are looking at bringing broadband to rural areas across the globe. Hopefully we will see speeds in the third world increasing significantly over the next decade. While only in the second year, the work being done by M-Lab is another good measuring stick for governments to measure their progress.