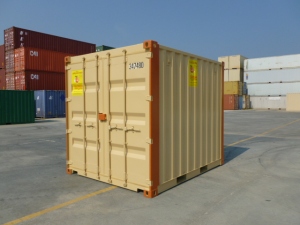 There is a new lingo being used by the large telecom companies that will be foreign to the rest of the industry – containers. In the simplest definition, a container is a relatively small set of software that performs one function. The big carriers are migrating to software systems that use containers for several reasons, the primary being the migration to software defined networks.

The advantage to the cellular carrier is that they have simplified their software deployment. A rural cell site will have a different set of containers than a small cell site deployed near a tourist destination or a cell site deployed in a busy urban business district.

The benefits of this are easy to understand. Consider the software that operates our PCs. The PC manufacturers fill the machine up with every applications a user might ever want. However, most of us use perhaps 10% of the applications that are pre-installed on our computer. The downside to having so many software components is that it takes a long time to upgrade the software on a PC – my iMac laptop has taken an hour at times to compile a new operating system update.

In a software defined network, the ideal configuration is to move as much of the software as possible to the edge devices – in this particular example, to the cell site. Today every cell site much hold and process all of the software needed by any cell site anywhere. That’s both costly, in terms of computing power needed at the cell site as well as inefficient, in that the cell site are running applications that will never be used. In a containerized network each cell site will run only the modules needed locally.

The cellular carrier can make an update to the farm sensor container without interfering with the other software at a cell site. That adds safety – if something goes wrong with that update, only the farm sensor network will experience a problem instead of possibly pulling down the whole network of cell sites. One of the biggest fears of operating a software defined network is that an upgrade that goes wrong could pull down the entire network. Upgrades made to specific containers are much safer, from a network engineering perspective, and if something goes wrong in an upgrade the cellular carrier can quickly revert to the back-up for the specific container to reestablish service.

The migration to containers makes sense for a big telecom carrier. Each carrier can develop unique containers that defines their specific product set. In the past most carriers bought off-the-shelf applications like voice mail – but with containers they can more easily customize products to operate as they wish.

Like most things that are good for the big carriers, there is a long-term danger from containers for the rest of us. Over time the big carriers will develop their own containers and processes that are unique to them. They’ll create much of this software in-house and the container software won’t be made available to others. This means that the big companies can offer products and features that won’t be readily available to smaller carriers.

In the past the products and features available to smaller ISPs are due to product research done by telecom vendors for the big ISPs. Vendors developed software for cellular switches, voice switches, routers, settop boxes, ONTs and all of the hardware used in the industry. Vendors could justify spending money on software development due to expected sales to the large ISPs. However, as the ISPs migrate to a world where they buy empty boxes and develop their own container software there won’t be a financial incentive for the hardware vendors to put effort into software applications. Companies like Cisco are already adapting to this change and it’s going to trickle through the whole industry over the next few years.

This is just one more thing that will make it a little harder in future years to compete with the big ISPs. Perhaps smaller ISPs can band together somehow and develop their own product software, but it’s another industry trend that will give the big ISPs an advantage over the rest of us.

One thought on “Telecom Containers”