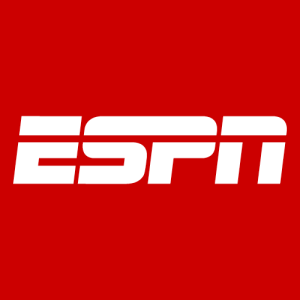 The virtual MVPD (Multichannel Video Programming Distributor) market is already full of providers and is going to become even more crowded this year. Already today there is a marketing war developing between DirecTV Now, Playstation Vue, Sling TV, Hulu Live, YouTube TV, CBS All Access, fuboTV and Layer3 TV. There are also now a lot of ad-supported networks offering free movies and programming such as Crackle and TubiTV. All of these services tout themselves as an alternative to traditional cable TV.

This year will see some new competitors in the market. ESPN is getting ready to launch its sports-oriented MVPD offering. The network has been steadily losing subscribers from cord cutting and cord shaving. While the company is gaining some customers from other MVPD platforms they believe they have a strong enough brand name to go it alone.

The ESPN offering is likely to eventually be augmented by the announcement that Disney, the ESPN parent company, is buying 21st Century Fox programming assets, including 22 regional sports networks. But this purchase won’t be implemented in time to influence the initial ESPN launch.

Another big player entering the game this year is Verizon which is going to launch a service to compete with the offerings of competitors like DirecTV Now and Sling TV. This product launch has been rumored since 2015 but the company now seems poised to finally launch. Speculation is the company will use the platform much like AT&T uses DirecTV Now – as an alternative to customers who want to cut the cord as well as a way to add new customers outside the traditional footprint.

There was also announcement last quarter by T-Mobile CEO John Legere that the company will be launching an MVPD product in early 2018. While aimed at video customers the product will be also marketed to cord cutters. The T-Mobile announcement has puzzled many industry analysts who are wondering if there is any room for a new provider in the now-crowded MVPD market. The MVPD market as a whole added almost a million customers in the third quarter of 2017. But the majority of those new customers went to a few of the largest providers and the big question now is if this market is already oversaturated.

On top of the proliferation of MVPD providers there are the other big players in the online industry to consider. Netflix has announced it is spending an astronomical $8 billion on new programming during the next year. While Amazon doesn’t announce their specific plans they are also spending a few billion dollars per year. Netflix alone now has more customers than the entire traditional US cable industry.

I would imagine that we haven’t seen the end of new entrants. Now that the programmers have accepted the idea of streaming their content online, anybody with deep enough pockets to work through the launch can become an MVPD. There have already been a few early failures in the field and we’ve seen Seeso and Fullscreen bow out of the market. The big question now is if all of the players in the crowded field can survive the competition. Everything I’ve read suggests that margins are tight for this sector as the providers hold down prices to build market share.

I have already tried a number of the services including Sling TV, fuboTV, DirecTV Now and Playstation Vue. There honestly is not that much noticeable difference between the platforms. None of them have yet developed an easy-to-use channel guide and they feel like the way cable felt a decade ago. But each keeps adding features that is making them easier to use over time. While each has a slightly different channel line-up, there are many common networks carried on most of the platforms. I’m likely to try the other platforms during the coming year and it will be interesting to see if one of them finds a way to distinguish themselves from the pack.

This proliferation of online options spells increased pressure for traditional cable providers. With the normal January price increases now hitting there will be millions of homes considering the shift to online.