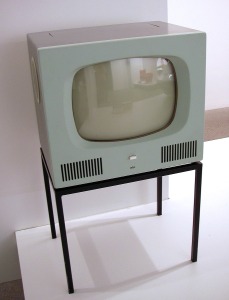 One thing that cable operators might have going for them is that the OTT market is changing in ways that make it a little less attractive to cord cutters. It turns out that it’s getting harder to be a cord cutter, and certainly more expensive.

For a while it looked like Netflix and Hulu would offer a real alternative to cable TV, and for many people they still do. But the things we used to like about those two services are changing rapidly. Hulu is a great example. Around 2011 they made a deal with over 20 sources of content like NBC, ABC, USA, Syfy, Fox, and many others. But those were 5-year deals that are now coming to an end and Hulu is about to lose a lot of the content that attracted people.

The same has happened to Netflix. Long-time subscribers complain that there is half the content on Netflix as there was years ago, and it’s true. Content providers have slowly been withdrawing content and making it harder for Netflix to obtain both TV shows and movies. Netflix makes up for this with original content, but that content isn’t for everybody.

With the plethora of OTT options, it’s getting expensive to be a cord cutter. A cord cutter probably can’t pick only Netflix and/or Hulu and be happy – or at least not as happy as they were a few years ago. To get a wide variety of OTT programming, a cord cutter is going to have to subscribe to multiple OTT products, and at the end of that process might easily be spending as much for programming as they did with the cable company.

Consider Sling TV as an example. Sling launched with a very simple set of options. They launched with a basic package of 15 channels for $20 per month – these were channels that people miss when they cut the cord – ESPN, the Travel Channel, the Food Network, TBS, and the Disney Channel. They had an add-on package for $5 to add more sports channels.

But Sling TV has morphed to become a lot more complicated and a lot more expensive. They now have two basic packages each priced at $25 per month. One called Sling Blue is sports-oriented including Fox Sports and NBC (for the Olympics). The original package has been renamed Sling Orange and has also been bumped to $25. Both together are $40, and there are now several $5 add-on packages such as news and sports. Sling is looking at adding more content, but in doing so, they are now at or above the price that this same content can be received on satellite. But with satellite cable you get a lot more channels than Sling. The new Sling TV prices are starting to feel like a programming alternative, not a cord cutting savings option.

Hulu also has more expensive options now. They will soon be offering a package that includes live network programming starting at $35 per month. For $50 per month customers can store up to 20 hours of Hulu content in cloud DVRs.

Cord cutters now have much harder choices than even just six months ago. If they cobble together a half dozen OTT sources they can easily be paying more than they were with cable. If they limit themselves to one or two sources of content like Netflix or Hulu they will see their content choices shrinking and their monthly fees increasing.  This all has to be good news to the cable companies – a lot of homes are going to like the OTT options less than they did a year ago.

One thought on “Cord Cutting is Getting Harder”