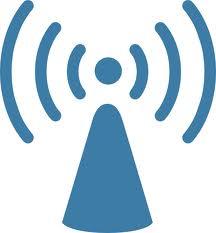 It’s fairly obvious that we are going to need more unlicensed spectrum going into the future. We are already stressing the existing WiFi blocks of spectrum and there are more planned uses for WiFi coming in the near future. Cisco recently estimated that by next year that over half of all mobile data is going to be off-loaded to WiFi. Cisco also estimates that by 2020 that there will be over 50 billion IoT devices and that most are going to use WiFi to communicate with the world. In possibly the biggest use of WiFi on the horizon, the large cellular companies want to use the most common WiFi blocks of spectrum for making cellular calls during busy times of the day.

A few weeks ago Senator Brian Schatz (D-HI) introduced the Promoting Unlicensed Spectrum Act. This bill, if passed, would require the FCC to consider unlicensed spectrum any time they make a change in the allocation of spectrum. It would require the FCC to establish a long-term strategy to make sure that there is always enough unlicensed spectrum to meet our needs. This is most recent of several attempts to take a stab at the issue and this is becoming one of the new policy battlegrounds at the FCC.

Of course, like any big national battle these days, money is behind the battle and the lines have been drawn on both sides of the issue. On one side is the Wi-Fi Alliance which represents all of the companies that make money from WiFi. This includes the vendors that make WiFi devices and radios and all of the companies that have products that want to use WiFi like the IoT companies. On this side of the fight are also the groups that represent the public interest like Public Knowledge as well as Silicon Valley where all of the big web companies like Facebook and Google want as many people connected the Internet as possible.

On the other wide are groups that are pro-licensed spectrum. For example, TV station owners are very upset that the FCC is considering setting aside several UHF bands for WiFi in each market. The license holders of this spectrum view this as taking their valuable spectrum without offering them fair compensation.

And so, like most commercial battles, there will be the war of lobbyists. But there seem to be a lot more large companies on the side of expanding WiFi, which should give that side an edge in the battle. Besides, this seems to fit into the FCC’s existing mindset and they have been considering more WiFi even without such new laws.

WiFi has been called the spectrum of innovation, which seems like a pretty apt name. Over the last few decades there has been a huge number of different ways to use WiFi, which was only made possible because companies were willing to tackle the R&D knowing that they had the spectrum available.

Much of our licensed spectrum in the country goes to waste. The FCC divvies out huge blocks of licensed spectrum. In metropolitan areas where there is a huge amount of demand this spectrum sometimes gets used to the maximum. But even that is not always the case because there are large sections of spectrum, like the LMDS and the MMDS spectrum that was auctioned a decade ago where the technology was never fully developed and where the spectrum now sits mostly unused.

And in rural America most blocks of spectrum go unused. Rural areas will see some cellular spectrum used as well as a handful of point-to-point microwave spectrum, but for the most part the vast majority of spectrum blocks go completely unused in rural areas. This is sad because there is spectrum that could do a much better job at delivering rural data than WiFi, but which is off-limits for public use.

I have no idea if this legislation is going to move out of Congress, and perhaps it doesn’t matter much if it does. The FCC already seems to favor more WiFi and so this legislation just forces them to do what they already seem to be doing. But you never know when the political tide will change and so it’s probably better to make this the law rather than leave it as an FCC policy.

One thought on “The Battle for Public Spectrum”