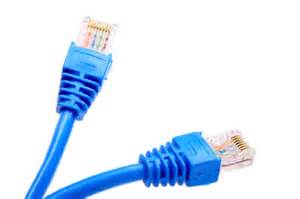 One of my biggest pet peeves in life is the misuse of statistics. I am a math guy and I sometimes tackle math problems just for the fun of it. I understand statistics pretty well and my firm performs surveys. I think I disappoint a lot of my clients when I try to stop them from interpreting the results in a survey to prove something that the responses really don’t prove. Surveys are a really useful tool, but too often I see the survey results used to support untruthful conclusions.

A week ago the NTIA (National Telecommunications and Information Administration) released their latest poll looking at broadband usage in the US. The survey asked a lot of good questions and some of the results are very useful. For example, they show that overall broadband penetration in the US is up to 72% of households. But even that statistic is suspect, as I will discuss below.

The problem with this survey is that they didn’t ask the right questions, and this largely invalidates the results. The emphasis of this particular survey was to look at how people use cellphones for data access. And so they asked questions such as asking the various activities that people now use their phone for such as browsing the web or emails. And as one would expect, more people are using their cellphones for data, largely due to the widespread introduction of smartphones over the last few years.

There is nothing specific with any of the individual results. For example, the report notes that 42% of phone users browse the web on their phone compared to 33% in 2011. I have no doubt that this is true. It’s not the individual statistics that are a problem, but rather the way the statistics were used to reach conclusions. In reading this report one gets the impression that cellphone data usage is just another form of broadband and that using your cellphone to browse the web is more or less the same as browsing off a wired broadband connection.

The worst example of this is in the main summary where the NTIA concluded that “broadband, whether fixed or mobile, is now available to almost 99% of the U.S. population”. This implies that broadband is everywhere and with that statement the NTIA is basically patting themselves on the back for a job well done. But it’s a load of bosh and I expect better from government reports.

As I said, the main problem with this report is that they didn’t ask the right questions, and so the responses can’t be trusted. Consider data usage on cellphones. In the first paragraph of the report they conclude that the data usage on cellphones has increased exponentially and is now deeply ingrained in the American way of life. The problem I have with this conclusion is that they are implying that cellphone data usage is the same as the use of landline data – and it is not. The vast majority of cell phone data is consumed on WiFi networks at work, home or at public hot spots. And yes, people are using their cellphones to browse the web and read email, but most of this usage is carried on a landline connection and the smartphone is just the screen of choice.

Cellular data usage is not growing exponentially, or maybe just barely so. Sandvine measures data usage at all of the major Internet POPs and they show that cellular data is growing at about 20% year, or doubling every five years, while landline data usage is doubling every three years. I trust the Sandvine data because they look at all of the usage that comes through the Internet and not just at a small sample. The cell carriers have trained us well to go find WiFi. Sandvine shows that on average that a landline connection today uses almost 100 times more data than a cellphone connection. This alone proves that cellphones are no substitute for a landline.

I have the same problems with the report when it quantifies the percentage of households on landline broadband. The report assumes that if somebody has a cable modem or DSL that they have broadband and we know for large parts of the country that having a connection is not the same thing as having broadband. They consider somebody on dial-up to not be broadband, but when they say that 72% of households have landline broadband, what they really mean is that 72% of homes have a connection that is faster than dial-up.

I just got a call yesterday from a man on the eastern shore of Maryland. He live a few miles outside of a town and he has a 1 Mbps DSL connection. The people a little further out than him have even slower DSL or can only get dial-up or satellite. I get these kinds of calls all of the time from people wanting to know what they can do to get better broadband in their community.

2 thoughts on “Those Damned Statistics”